The Kabeiroi were a group of four or six deities, linked with Hephaistos and the Dioscuri; known names of these deities are Axieros, Axiokersa, Axiokersos and Kasmilos. The cult was established by sailors, who considered the Kabeiroi their patrons and sought their protection during their travels. Originating in the area of North Aegean (Lemnos, Imbros, Samothrace) in the 7th cent. B.C., the cult of the Kabeiroi then spread to other areas (Thebes, Delos et al.).  The latest testaments to the cult after the Hellenistic era belong to the 4th cent. A.D.

Samothrace was the most important site of the mystery cult of the Kabeiroi, who appear under the name Megaloi Theoi (Great Gods) in local inscriptions. Their cult consisted of ceremonies and mysteries in special sanctuaries. A prerequisite for the initiation was confession, i.e. the catharsis of the soul (psyche) of the candidate, assigned to a designated priest, Koes, who would decide on the suitability of the aspiring initiate. The initiation ceremony took place during the night in the light of lamps held by those already initiated. The candidate would sit on a throne, hence the name of this ceremony: thronismos. The new member would then receive the offer of an olive wreath and a red ribbon, an amulet that would protect him, in particular, from the dangers of the sea. In the abaton (‘the place not to be entered’) of the ceremonial space, a sign prohibited those who were not initiated from entry (the uninitiated should not enter). Ethical improvement for the initiated was the ultimate goal of the Mysteries.

Anyone, regardless of nationality, social class, age and gender, could be initiated into the Mysteries of the Kabeiroi, and this is an important difference from the more “elitist” Eleusinian Mysteries.

Among the initiates of the Mysteries of the Kabeiroi were many ‘ancient celebrities’:  Herodotus, the Spartan king Lysander, the parents of Alexander the Great, Philip II Macedon and his wife Olympias, who actually met during their initiation on Samothrace in their youth, and a number of mythological figures (Odysseus, Agamemnon, Orpheus). Many important Romans are also mentioned in relation to the Mysteries.

Because of its Mysteries and the Sanctuary Samothrace was called ‘ζαθέη’, i.e. reverend, holy land. The island functioned also as an important sanctuary for political exiles, such as Arsinoe Philadelphos in her effort to escape Ptolemy Keraunos, Ptolemy Philometor after his defeat by Antiochus, and Perseus, king of Macedonia when defeated by the Romans.

After the accidental discovery of the statue of the Victory of Samothrace, excavations on the island brought to light the entire archaeological site, the sanctuary of the Kabeiroi, an ancient theatre, altars, coins, vases, jewellery and also a number of buildings dedicated to the Great Gods by Arsinoe, Ptolemy and the Macedonian royal dynasty. 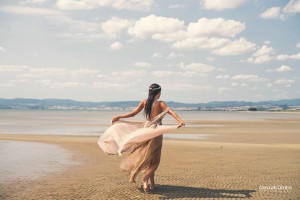